The IRS is paying close attention to Bitcoin and cryptocurrency transactions and has sent letters to cryptocurrency users. A nice way to say, “We know who you are, what you’ve done, and where you live.”

Are Bitcoin and cryptocurrency the same?  Merriam-Webster has a clear definition which shows how the two words work together. Also clears up their relationship:

Bitcoin, however, has become the cryptocurrency standard operating much like U.S. dollar would operate in public currency markets, but in the crypto realm.

Two of the IRS letters recently sent were informational and indicated the IRS was aware of the individual’s participation in cryptocurrency trades. One of the letters (IRS letter 6173) required a signed declaration under penalty of perjury. Within a few days, the IRS sent another letter (CP2000) to cryptocurrency users who reported numbers that were materially different from what exchanges supplied to the IRS. Below is an example of information being supplied to the IRS by exchanges:

On November 22, 2017, a San Francisco federal judge ruled that Coinbase must supply the IRS with identifying information on users who had more than $20,000 in annual transactions on its platform between 2013 and 2015. Coinbase pushed back and narrowed results applying to some 10,000 accounts that have bought, sold, sent, or received more than $20,000 in any of those type transactions between 2013 and 2015. Techcrunch

On February 23, 2018, Coinbase told approximately 13,000 affected customers that the company would be providing their taxpayer ID, name, birth date, address, and historical transaction records from 2013-2015 to the IRS within 21 days.  Wikipedia

By mid-2017, most everyone knew the IRS had compiled some information on their virtual currency (cryptocurrency) activity. The IRS updated their March 25, 2014 position by reaffirming that they would continue treating virtual currency as property for US federal tax purposes. By December of 2017, the IRS watched red flags waving and green dollar signs sprouting. New tax revenue along with growing penalties had the IRS humming to the tune of Its Beginning to Look a Lot Like Christmas.

Owners of Bitcoin and other cryptocurrencies, already high-risk-tolerance individuals, responded by betting against an IRS audit.

On April 15, 2018, I updated my original blog Who Owns Bitcoin […]   to report IRS findings relative to 2017 tax filings.  Amazingly, as of April 13, 2018, reports showed only a small fraction of individuals had ponied up to the IRS and claimed any capital gains associated with cryptocurrency holdings. A state of confusion still exists. There remains a lack of clarity from the IRS and insufficient accountability tools for cryptocurrency investors. The majority of retail investors did nothing. In other words, they did not include any cryptocurrency-related activity on their 2018 tax returns.

The IRS is about Fed-up

Thus the mailing of 10,000+ informational letters including a separate firm warning. One recipient shared his IRS warning on Twitter: “Anyone get one of these IRS notices? I payed taxes on bitcoin gains during the last two bubbles, so I’m guessing they send these to all people who declared #bitcoin gains? I declared a cost basis of 0…which is essentially true (I mined back in 2010, so I spent like pennies)…”

The IRS has also been acting as a participating member of the Joint Chiefs of Global Tax Enforcement (J5) group. The J5 was formed to investigate crypto-related financial crimes, including money laundering and tax evasion. In June 2019 IRS Criminal Investigations warned that J5 had “found innovative ways to tackle these problems, remove barriers, and develop processes” to deal with cryptocurrency-related crimes.

It will be difficult for taxpayers to certify to the IRS, under penalty of perjury, that they have complied with rules that are not yet published. But the IRS knows what it’s saying: If you used cryptocurrency, you have engaged in a reportable transaction.

I can become your CPA tax specialist and business financial adviser. We can provide you the advantage of knowledge and strategy so you can have the control you need and want.

I earned my reputation as The Radical CPA

Pay Your Legal Taxes? Maybe.
Check the laws. If you want to protect your business dollars, you may not need to pay all those taxes! Tax laws are… 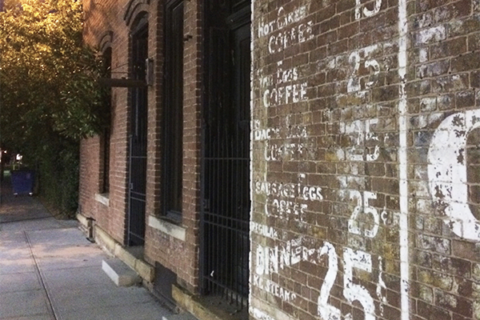 Taxpayers may find it easier to invest, startup or relocate in an Opportunity Zone, especially with the IRS reminder to just “Do your best.”